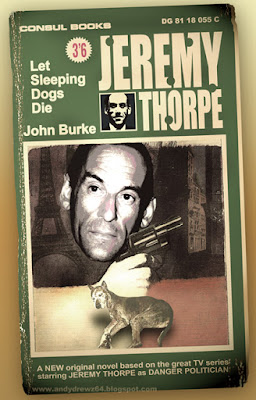 Wasn't A Very English Scandal a brilliant piece of telly?

There are those of us who remember the pre-scandal Jeremy Thorpe as a regular fixture of sixties television. Who can forget his weekly exploits in Danger Politician?

Well, here's some stuff to jog your memory... 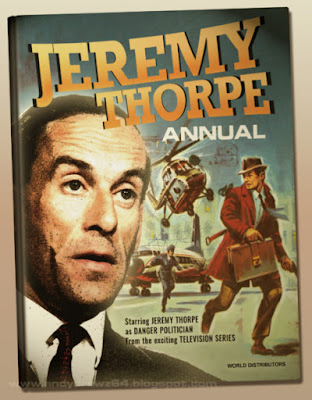 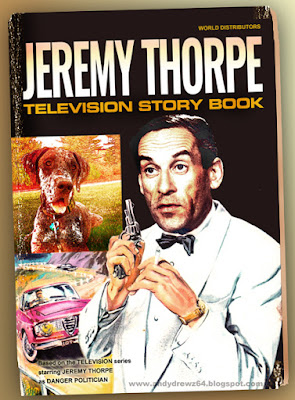 Posted by Andrew-Mark Thompson at 21:15 No comments:

Doctor Who Merchandise You Won't See In The Shops! 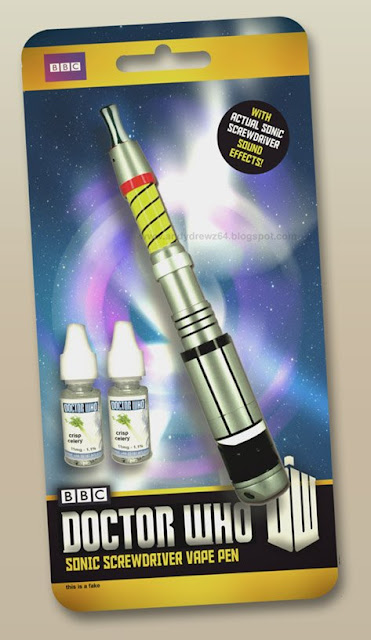 Yes, there is an official Doctor Who baccy tin on the market (though it is disguised as a jigsaw!). As always, I take the idea one step further for comic effect...
Posted by Andrew-Mark Thompson at 13:11 No comments:

Day of the Juliet Bravos 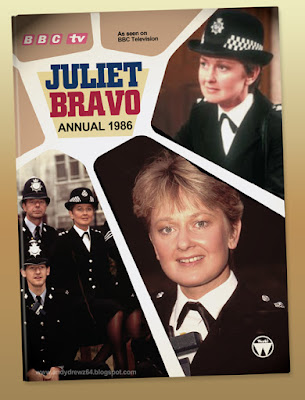 It's been sometime since I've had some Juliet Bravo fun so the fact it's now being screened in the mornings on Drama is as good an excuse as any to post some daft bits what I've done recently... 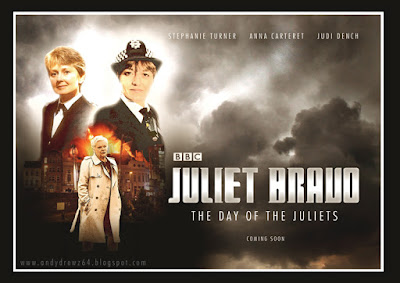 Posted by Andrew-Mark Thompson at 13:01 No comments:

Twitch has happened since I last properly updated the blog. Every complete story from TV's Dr Who (except some) is being streamed by the popular gaming interweb site.

Being a fifty-four year old, I had never heard of Twitch... but it's apparently very popular with the youngsters who like watching other youngsters playing video games and making comments about their performance. It's a bit like when you're playing on the Penny Drops machine at the arcade with someone is looking over your shoulder and suggesting better tactics for winning, I suppose.

Anyhow, many of the excitable young folk are now experiencing old Doctor Who episodes for the first time. As such, their comments are a real eye-opener. It seems they don't mind watching black and white programmes. And Ian and Barbara's subtle relationship is one of the early episodes' highlights for them.

There's a trailer that runs in between each episode (sometimes repeated several times) which features a myriad of clips and soundbites. One of these is the shot of Ian Chesterton arriving back on Earth at the end of The Chase and exclaiming "London. 1965!". The phrase "London 1965" has rapidly become the trademark meme of the Twitch event. It's even one of the headlines on the front cover of the current Doctor Who magazine.

Not wanting to be left out of a Doctor Who meme, here's my take on it... 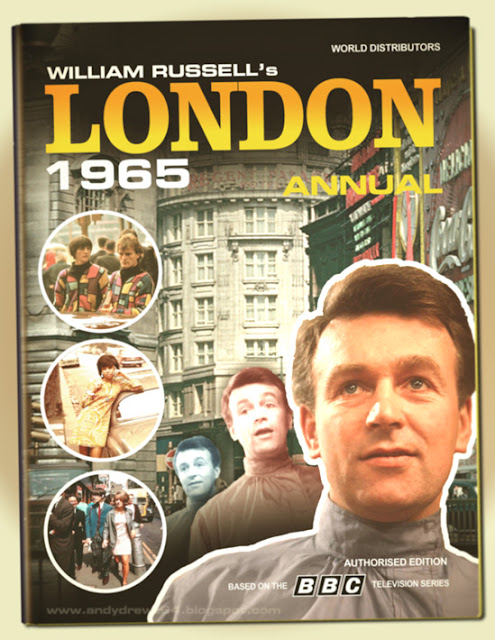 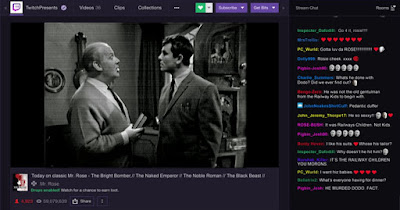 With the success of the Twitch Doctor Who marathon, are the gates are now open to other classic TV shows getting the same treatment?

Posted by Andrew-Mark Thompson at 12:55 No comments: 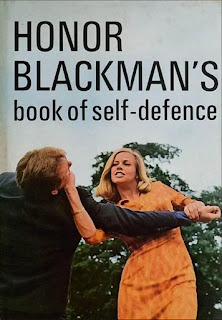 Remember that book that Honor Blackman published about self-defence back in the 60s?

Well, Dr Who's Carole Ann Ford did one too.

THAT'S why all those weird photos were taken of her being menaced by an alien Voord were taken! 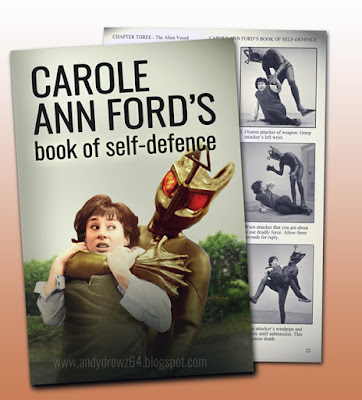 Posted by Andrew-Mark Thompson at 12:36 No comments:

Haynes Manuals from TV's Doctor Who... 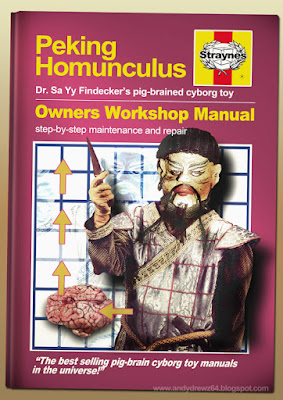 It seems you can't do anything these days without there being a Haynes manual for doing it...

In the world of fiction, there's ones for everything from the Millenium Falcon to Captain Scarlet's SPV...

Yes, there's plenty of T shirt mock-ups of covers for Dalek and TARDIS manuals but no actual books.

At least not yet!

Since the Dalek and TARDIS ones have already been done to death, here's a selection of more obscure ones... 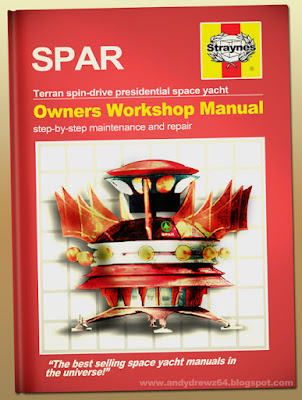 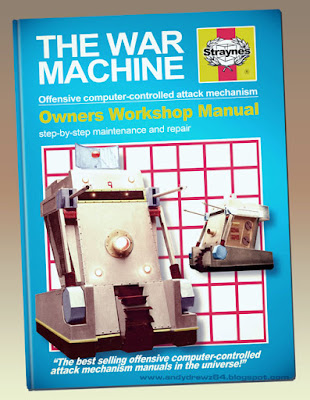 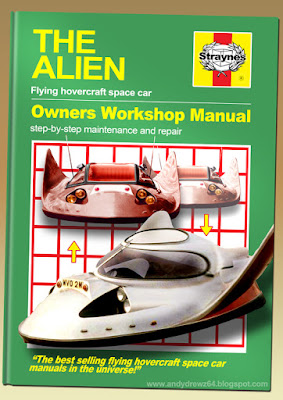 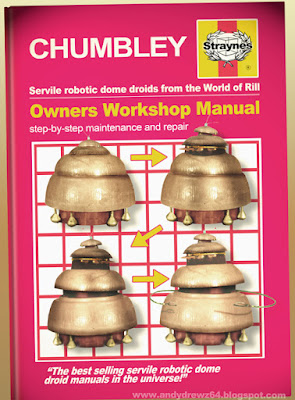 Posted by Andrew-Mark Thompson at 12:30 No comments: